#2016Elections: How social media ruled during the 2016 elections

Social Media played a big role in the 2016 National Elections with people using it as a platform for them to speak out their opinions. Social media is proven effective when it comes to making or breaking a candidate because of the huge influence it has on the users. It gave the citizens a way to voice out their own opinions, whether it is to post support for their candidates or to bash others and research more on whom they would choose to elect.

There are currently 41 million Filipino Facebook users as to this date, ranging from 18 to 60 years old, which is about half of the population of our nation. [1] And, the Philippines has also been dubbed as the “Social Media Capital of the World”. [2]

Facebook is not the only social networking site that the Filipino netizens utilized to talk about the 2016 Elections, Twitter also blew up with tweets about the elections.

A lot of hashtags related to the elections trended across the world during the campaign like:

“There are more Filipinos on the internet now and the low cost of smartphones has enabled a lot of Filipinos to be online,” he adds. [3] And now, because of these factors, Filipinos can engage into debates and express their thoughts about the elections through the use of several social media sites.

It is actually a good thing that there is a platform like this that allows us to express our opinions and question the works and platforms of other candidates to further criticize and know their agendas, but we must also know where to draw the line and be respectful of others’ opinions. It is also good that everyone is involved and is engaging in talking about this year’s national elections whether one is a registered voter or not. Let’s make this country a better place and practice discipline within ourselves, because the change starts with us.

Mateo, J. (2016, May 10). Facebook: Philippines has most engaged elections in region. The Philippine Star. Retrieved from http://www.philstar.com/headlines/2016/05/10/1581644/facebook-philippines-has-most-engaged-elections-region.

Vulcan Post. (2014, July 3). Research Confirms: The Philippines is Still the Social Media Capital of the World. Retrieved from https://sg.news.yahoo.com/research-confirms-philippines-still-social-033045566.html. 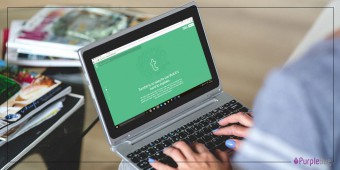 Pokémon Go is now in the Philippines