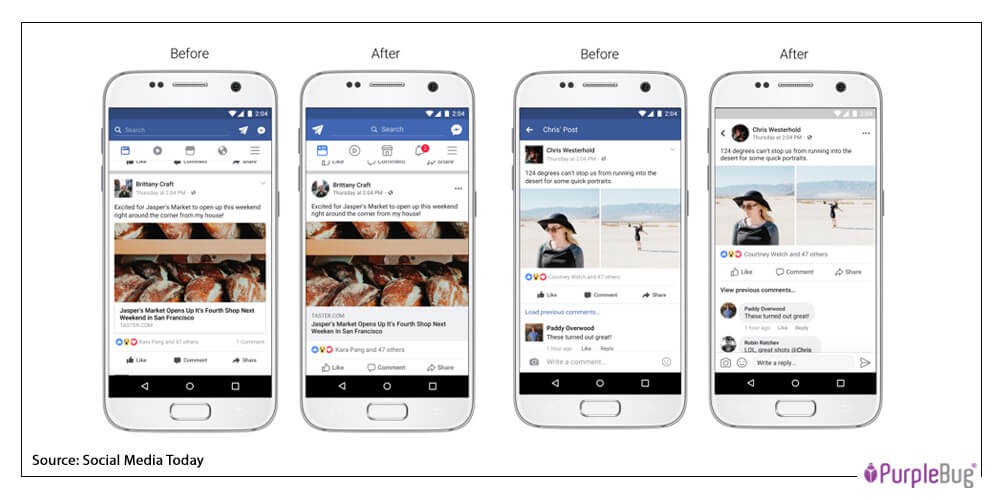 Facebook updated its News Feed layout for two reasons: help cater common user concerns and make the process easier and more clear-cut. While the changes may seem small, each plays a specific role and is based on various studies and data.

As explained by Facebook, the changes have been driven by the most common issues highlighted by users, identified through their regular feedback process.

These are the three core areas Facebook’s looking to address with the update.

First off, on content. There are a couple of smaller tweaks in content sharing dynamics, though again, most are fairly subtle. On links, for example, link previews will now appear larger, and with the originating website listed above the headline. The link preview is also bigger, making it stand out a little more in the feed. Facebook also increased the color contrast to make the typography more legible, along with updated icons and Like, Comment, and Share buttons which are larger and easier to tap.

The content changes are also evident in the new image sharing layout, which addresses the second element better highlighting who is sharing the content. Facebook has improved the dynamics of one’s news feed once you’ve clicked on a post. With a new back button and removal of the blue header, it helps the image (and creator) stand out.

The third element relates specifically to comments and may be the most prominent update. With Facebook’s introducing bubble-style responses, it is now easier to see which comments are direct replies. As with link previews, not all elements of their testing have made it through, as the indicator bar doesn’t look as clean or coordinated as this new layout. The bubble comments also mimic the format of other platforms, like Reddit.

In addition to these changes, Facebook’s also making profile images circular, which they started implementing last month. Just as it did on Twitter, that change may require some business pages (and probably people) to change their profile image to better suit the round format.

Overall, the changes look good, and they seem to make sense, based on the insights provided by Facebook's design team. And while they might seem relatively subtle, they could help provide significant benefits for Facebook, with more people spending more time engaging with content.

Facebook says the new changes will be rolled out over the coming weeks.

How to Stop Facebook Apps from Getting Your Personal Data 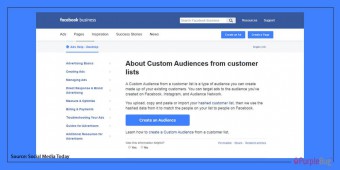